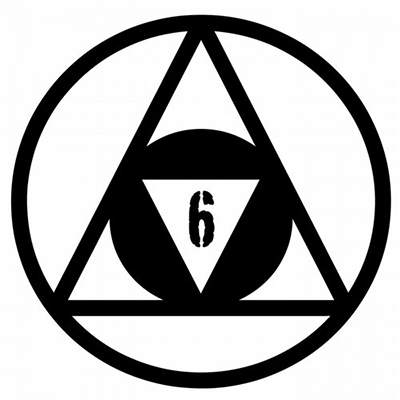 This is the sixth release on the LIMITED.G. label run by Andrea Belluzzi. Andrea is well regarded in the German and worldwide scene with good reason. Having worked with artists such as Jonas Kopp, Angel Costa and Joachim Speith, whilst releasing on labels including Syneweave, Affin, Kaputt and Mechno he is in great company. The LIMITED label itself has already become known for the functional, upfront techno it puts out, which first came to my attention earlier this year; now several pieces of it’s vinyl are in my record bag. I really enjoy this format of EP – four tracks, four artists – it really gives value for money and a better depth of quality that removes that scenario of buying the EP for one track.

So, to the music.

“A1” by the man himself combines clattering percussion and insistent wobbling acid over a lovely 808 kit. The track builds to a frantic crescendo and then drops into a deep space breakdown with some beautiful drawn out synth notes and sweeping acid back to the front to reintroduce the drums. All the way through there is a single percussive note tying the track together, sounding like some locator beacon flashing its signal in an empty space. Really a track to get lost in.

“A2” by Marcus treads a different path. Quite an eye opener this one. It sounds quite deep initially and after a few bars it dawns on you how pacy and edgy this track really is. Full of jacked up melody and industrial scrapes and crunches, reverb and delay is used to great effect, adding just enough, but taking nothing away from the brightness of the tones. The whole lot is laid over a stomping kick drum (reminiscent of some of Mr G’s productions) and a rolling single bass note, it adds up to an immersive and energetic track. It’s very hard to describe this track properly – you should just listen to it! My pick of the release.

On the flip side, “B1” from The Plant Worker takes a hypnotic slightly overdriven loop and puts it front and centre throughout. There are some lush, understated synths in the background and a beautifully warm bassline that’s rolled along by a clean, straight up kick and classy hats. As with many good tracks, new elements are revealed within the breaks, hiding behind the beat and bass. Here we have some extra percussive elements – muted toms and what I would swear is a woodblock, though I might stand corrected. The new elements continue forward in the track and create a “wait… were they there all along?” moment, that is a hallmark of a well thought out track. Fine work.

The final cut, or “B2” by rising Argentinian artist named XHEI, is different again. The first thing that hits you is a frantic wobbling loop and pulsing laser noise dragging you down, down into the groove. Suddenly the laser sparks upwards and dissolves sublimely into a haunting melody contrasting nicely with the underlying energy. The breakdown is a crescendo of open hats and rides, then an echoing synth note that sounds like a call to action. The latter half of the track layers up more cymbals to devastating effect, along with the return of said laser noise and a couple of cheeky bass cuts with well placed single handclaps. As the track plays out further you notice the scything, scraping noise that yes, has actually been there all along. Pure class.

Another quality LIMITED.G. release to add to the collection, I’m definitely looking forward to seeing what 007 brings to the table.

– Reviewed by Stuart Ingram for deathtechno.com

Hailing from Buenos Aires, XHEI’s productions are sweeping across the Techno landscape with great acknowledgement for his recognisable style that is taylor made for clubs. Seeing releases on Death Techno’s own DEAD CERT. Records, Rebekah’s Decoy, Paul Boex’s Dynamic Reflection, Lex Gorrie’s Unknown Territory, Coeter’s Kaputt and Erphun’s Brood Audio. This success has led to the creation of his own imprint Crow Recordings that is set to feature music from huge artists like Jonas Kopp, Truncate, Jeroen Search, Flug, Ricardo Garduno, Urbano and more…

As the final part of Death Techno’s 4th birthday month, Jack! Who? the creator of the series, delves into another Special Mix that features tracks only by past and future guests of the show. Plenty of dark, beastly and nocturnal sounds included by the likes of Mike Wall, Lex Gorrie, Hefty, Ixel, Diagenetic Origin, Ricardo Garduno, Eomac, XHEI, Rich Jones, Morgan Tomas, Rocco Caine, Wave Form and more…

4 years have most definitely flown by, but they do say we must be having fun and it’s absolutely true. Here is a breakdown of happenings and the things to look forward to…

Promoting established artists we are digging and DJ talent has always been the focus for us, showcasing great music. We continue to receive messages of support from fans around the world, even one person saying “Don’t change!” This is the key I find, keeping the same template and letting the music speak for itself, allowing the right people to find us.

Proving this theory, we were recently contacted by producer and friend Andreas-Tek who curates a brand new channel on the world renowned net radio site Digitally Imported (or simply di.fm) called Underground Techno. You can catch our repeat shows being scheduled bi-weekly Saturday’s around 4:30-6:00pm GMT.

The premiere broadcast of each mix can always be heard online bi-weekly via soe.fm Radio in Germany.

To help celebrate our 4th birthday, there are 2 mixes lined up, a 2hr 22mins Exclusive LIVE recording from Marcus Reichel in Brandenburg, Germany. In the next couple of weeks will be my annual Special Mix Series set featuring artists that have previously been guests or to appear in the future on Death Techno, to show appreciation for their work and taking part in this project.

Our schedule is rammed as usual… over the coming months we have Exclusive sets to feature from Israel Toledo, ALHEK, Bruno Ledesma, XHEI, Lex Gorrie, Eomac and Affin label boss Joachim Spieth just to scratch the surface…

Our label DEAD CERT. Records that began releasing in July 2013 has the 7th instalment due March 13 from the fantastic Energun. Plenty of music is in the pipeline from more great artists that are to be revealed with some even more special news to announce later in the year… Below you can listen to some previews and check out our links…

Thanks for all the continued support!